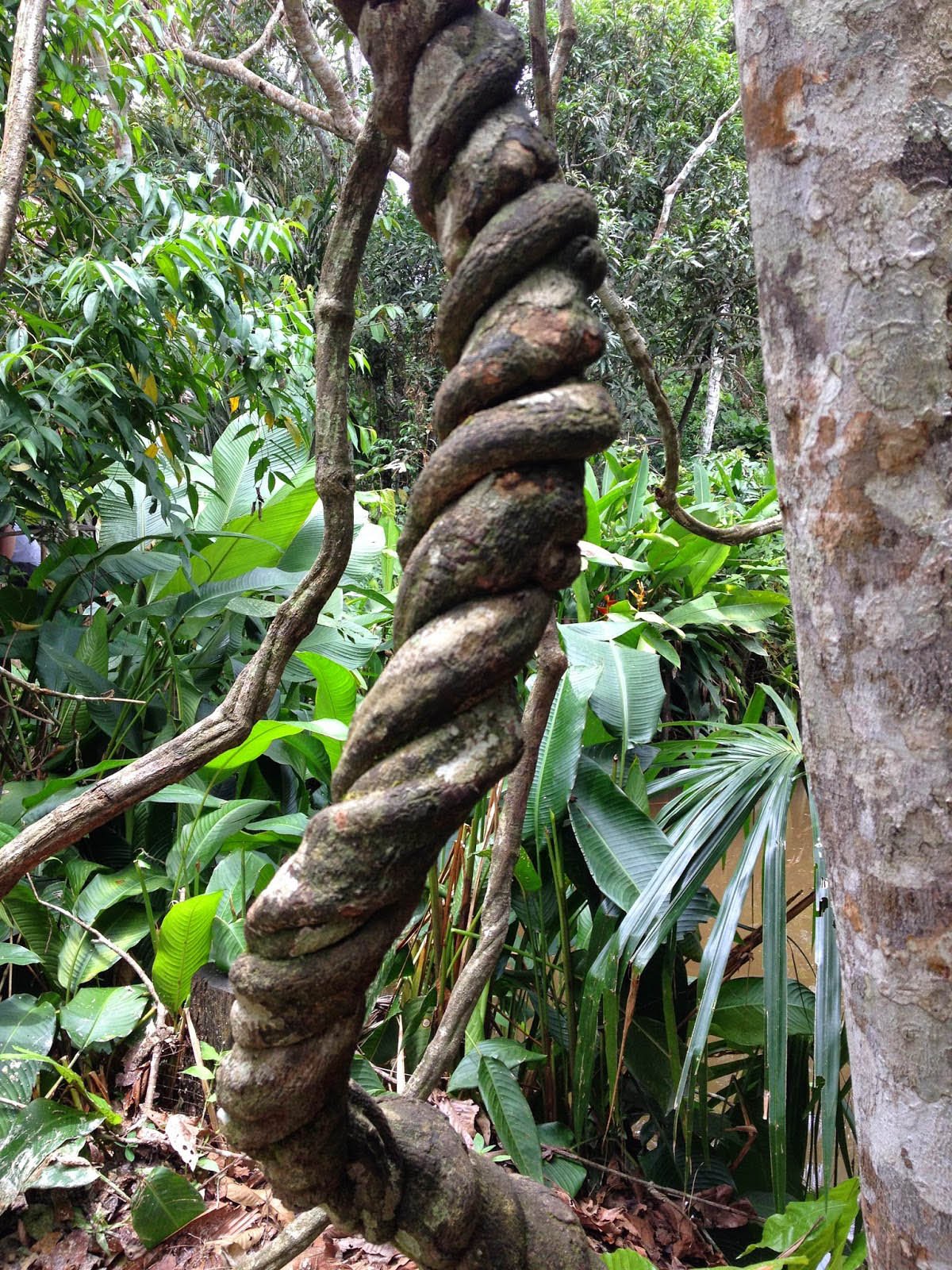 Homeopathic Remedy Pictures III: Ayahuasca Ayahuasca has been used throughout Amazonia for (perhaps) thousands of years, and continues to serve as an integral part of many indigenous cultural traditions. Today it is most commonly used in healing rituals, to help facilitate deep levels of insight and awareness, and in order to attain beatific and ecstatic states of being. Many indigenous mythologies emphatically associate the origin of culture with the use of ayahuasca.

‘Ayahuasca’ is a word from the Quechua language. Huasca is the word that is used in Quechua to refer to any species of vine.  Aya is used to denote a separable soul, implying the souls of the dead. From this, we can understand the two common English translations of the word: vine of the soul and vine of the dead. The use of Ayahuasca as a homeopathic medicine originated relatively recently, but it has come to be recognized by some practitioners as a crucial remedy for modern practice. As a potentized substance, Ayahuasca helps to foster self-realization and generates insight into longstanding problems in one’s life. This remedy has been referred to as a ‘spiritual umbilicus’ in that it assists in generating links with one’s relatives and loved ones, develops one’s understanding of their own past, their connections to their ancestors, as well as longstanding patterns of ancestral inheritance.

The astral plane, from which soul life, sentience, and conscious awareness originate, is normally inaccessible to everyday waking states. At best, our higher emotional and spiritual body can be approached in sleep, through the activity of dreaming. Ayahuasca, in both its traditional form and as a homeopathic medicine, can magnify the astral plane so that it enters into the realm of conscious experience, allowing it to be engaged with through the medium of the senses. This results in a heightening, refinement and amplification of feeling, desire, meaning and sensation. Homeopathic Ayahuasca is thus indicated in cases where there are great feelings of oppression and sufferings of the soul that need to be brought to consciousness in order to find resolution. There can be a sense of being entangled in elaborate karmic webs, held down by dense emotional ties, and seemingly trapped in longstanding patterns of manipulation, lying, cruelty and deceit. The ayahuasca patient may exist in a state of utter hopelessness, forgetting who they really are and loosing sight of the aims and purposes of their life.

Homeopathic ayahuasca can allow patients to recognize and embrace their inner freedom, to drop harmful inhibitions around personal expression, and assist in the process of finding one’s own voice. Ayahuasca works on the electrical signals that generate astral images within the brain, and hence is useful in some neurological conditions, which may include parkinsonism, alzheimer’s, dementia, and autism. It is being increasingly used with AIDS and cancer patients, as well as with those who have a long history of drug abuse. This includes the use of psychoactive drugs, which may have distorted and damaged one’s auric field.

Ayahuasca can be used in cases where patients suffer from perceptual distortions, doubt their senses, or conversely experience a debilitating heightening or overwhelming acuity of sensory information (this may include hallucinations and visions, as well as telepathic and clairvoyant phenomena). There may be chronic tiredness that is associated with a sense of detachment and faltering memory, where life may have taken on a sense of vagueness or indefiniteness. Complaints of numbness and tingling in various parts of the body, or a general sense of anesthesia, may also be part of the symptom picture.

As an acute remedy, ayahuasca can help to heal injuries that are characterized by having an element of ‘twist’ in them as well as gastrointestinal complaints such as nausea, vomiting, diarrhea, anxiousness and restlessness. It can be used in the treatment of infants and children who suffer from a variety of physical and psychic stresses.