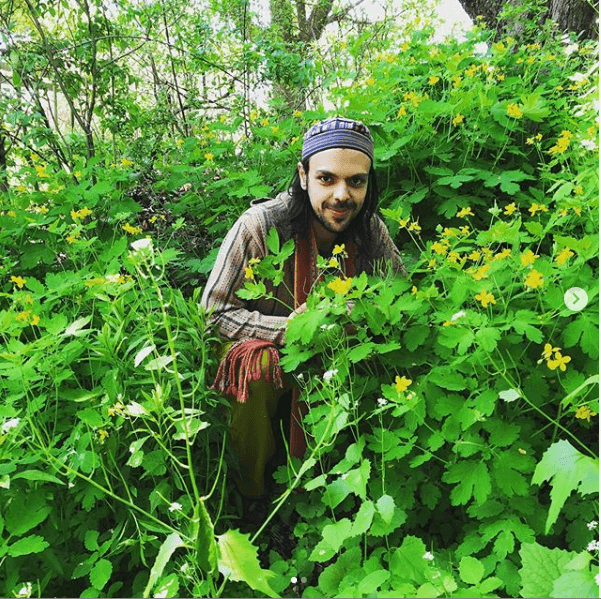 Celandine (Chelidonium majus) is an “herb of the Sun, under the celestial Lion... It is called chelidonium, from the Greek word chelidon, which signifies a swallow, because they say, that if you put out the eyes of young swallows when they are in the nest, the old ones will recover their eyes again with this herb. This I am confident, for I have tried it, that if we mar the very apple of their eyes with a needle, she will recover them again: but whether with this herb, I know not” (Culpepper). Celandine is in the poppy family (papaveraceae) and has the smallest flowers, or the most suppressed flowering process, of said family. It has abundant leaves, another unusual feature of the poppy family. The formative forces, which are typically localized in the flower of most poppies, have moved to other parts of the plant in the case of celandine. Celandine is well known for the fact that it exudes a yellow-orange latex; celandine is allegedly the only plant in the world that does this. This latex is a sign that there is a special principal active in celandine's fluid organization, and is a well-known signature denoting an affinity for the liver, bile, and gallbladder. One of celandine’s indications is in cases of headache that are due to bile congestion and stagnation. Thick, stuck bile can lead to gallbladder inflammation and a blocked bile duct. Constipation is often part of the picture. Celandine is also highly esteemed for its ability to remove warts and other skin afflictions.